“Viagra is a banned substance”

Said NCAA officials after South Carolina State Football player 55 year-old Joe Thomas Sr. Tested positive for a banned substance, we can’t have that on the field, it’s kids at these games.  Thomas made history when he became the oldest college football player to step on the field and get in the game.  Viagra was found in Thomas system early Sunday morning when the NCAA had random drug testing at the school, South Carolina States footballs program has yet to respond. 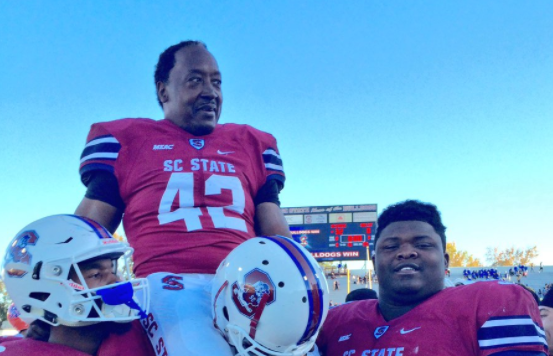 Said teammate Jakeim Mary when asked what he thought about the NCAA testing Thomas, the man is a celebrity here on campus, young and old thots throwing that wet at him every where he goes.